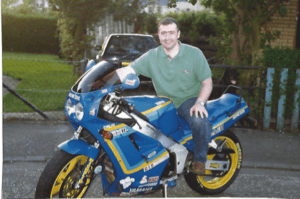 Richmond’s Hope was born out of grief. It has its roots in the community of Niddrie in the South East side of Edinburgh. It was there in 1997, that Liz Henderson came to be minister of Richmond Craigmillar Church of Scotland. Within a few weeks of being there she was asked if she would go and visit Jessie Douglas, a local resident, because her son had been killed in a motorbike accident the night before. He was 28 years old.

In the year following Andrew’s death there was another 15 young people who died in the community leaving 34 children bereaved of either a father, mother or sibling.

Liz Henderson, conducted the funerals of each of these young people and provided pastoral support to some of the families. During this time she and Jessie became acutely aware of the impact that grief was having on the children of these families. They started a music group in the church where some of the bereaved children and others from the community came and worked together on a creating a piece of musical theatre. It wasn’t long before they realised that some of the children needed far more support than a music group could provide.

Plans were made and funds were raised and Richmond’s Hope was opened by Susie Blake, the church’s oldest member in 2003. Susie had herself been bereaved of both her mother and her father as a child.

Death raises the most fundamental questions about life and the church is a place where people reflect on such things as life and death, hope and meaning, love and healing. To reflect this all of Richmond’s Hope’s playrooms have been built with windows looking onto the church sanctuary. The word sanctuary means a sacred place or a place of safety.

As a charity, Richmond’s Hope enjoys the continuing support of the church but was set up by the church to work with people of all faiths and none in a way that respects and supports their beliefs about life and death.

Liz and Jessie knew that they wanted play to be at the heart of the work. Margaret Tiller, a play specialist for many years at the Western General Hospital had convinced Liz of the magic of play as a way of enabling children to explore difficult times in their lives.   Donna Hastings, our Bereavement Co-ordinator, who was with the charity from its inception until 2018, created and shaped our way of working with children.

Donna’s constant listening to the children and reflecting on the work led to the wonderful therapeutic interventions that we are now able to provide for bereaved children and young people. Donna and Kelley Scoular, our Edinburgh office manager, who has also been there since the opening in 2003, were instrumental in creating the quality of service that Richmond’s Hope now offers

Everyone at Richmond’s Hope was delighted in 2014 when Eleanor, the Duchess of Argyll agreed to become our Patron. She has brought to the role a wonderful enthusiasm for our work and a keen interest in all that the charity is doing. 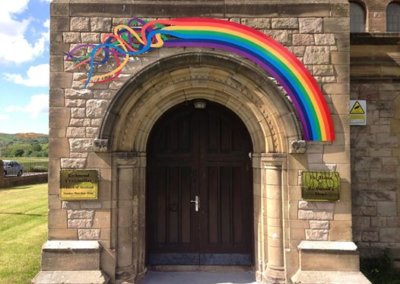 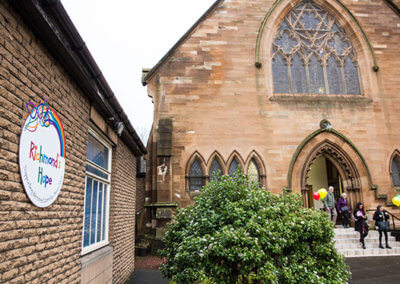 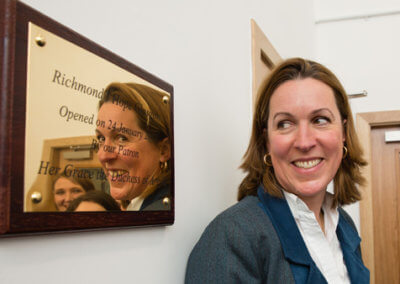